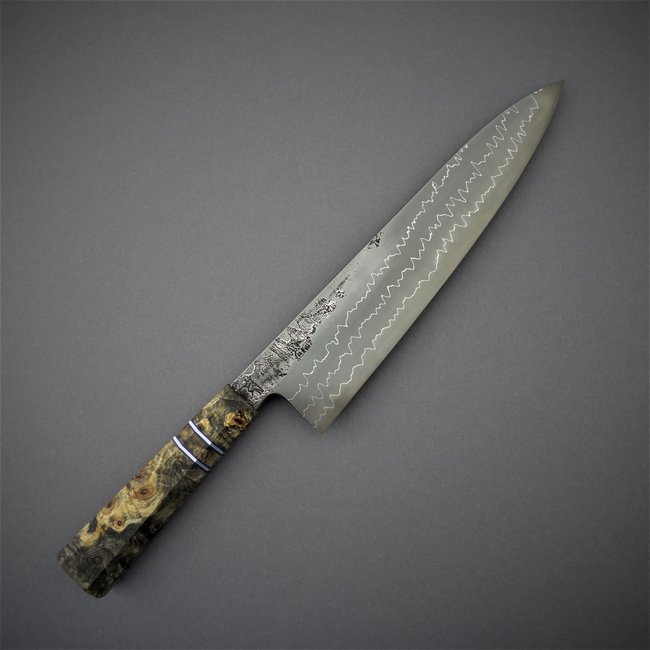 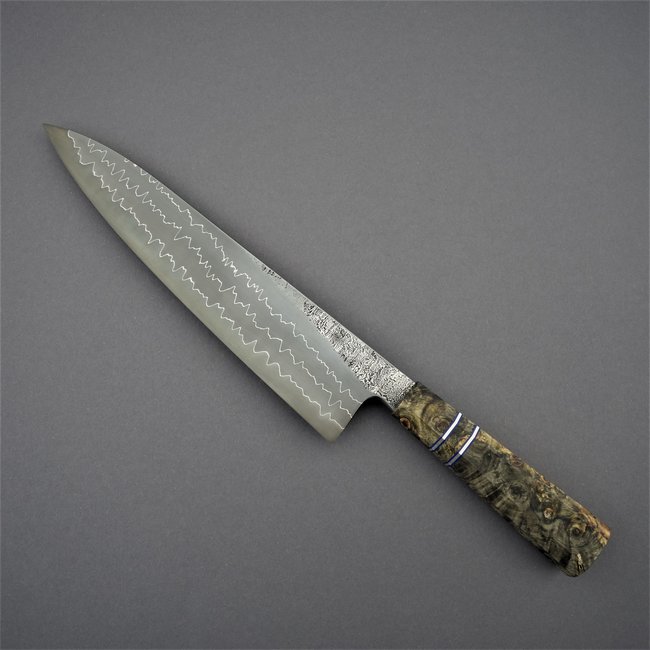 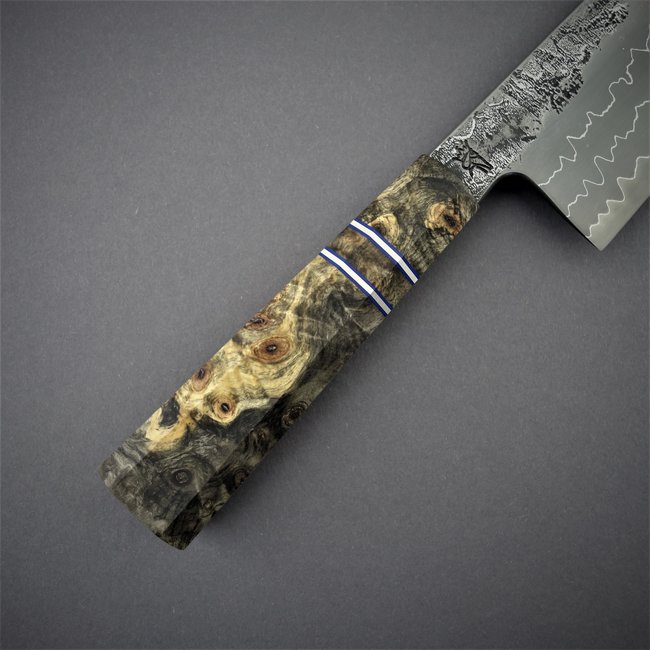 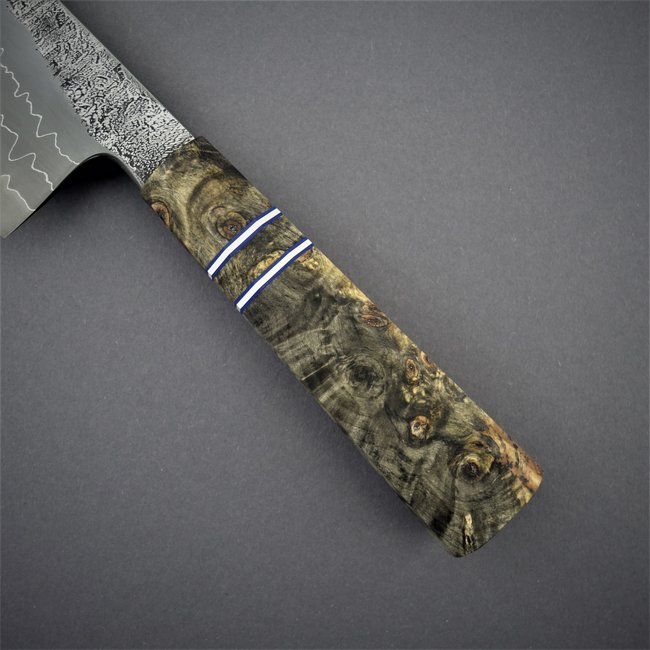 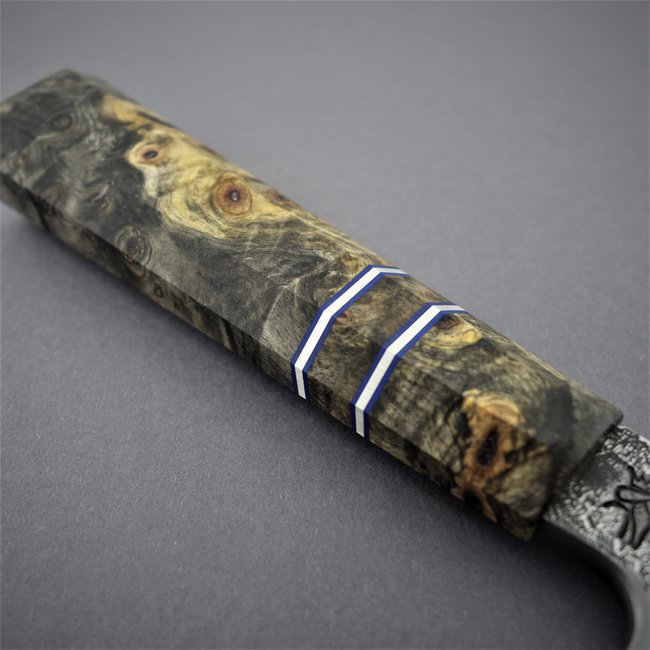 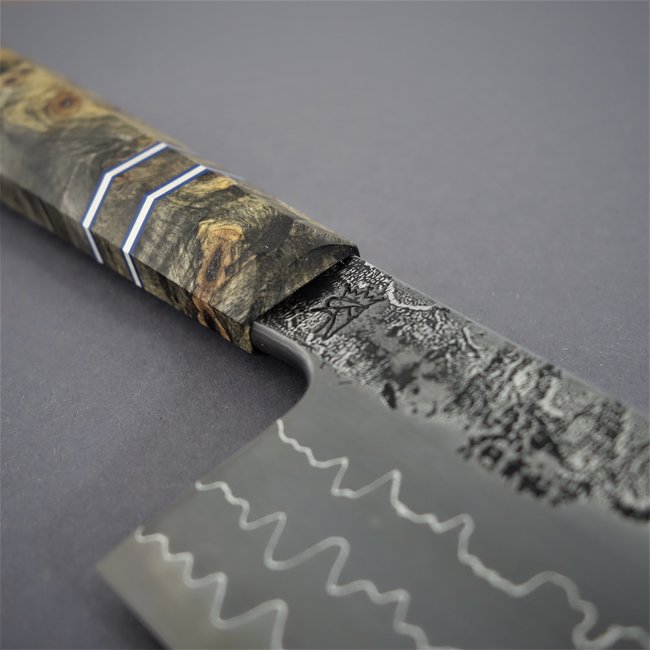 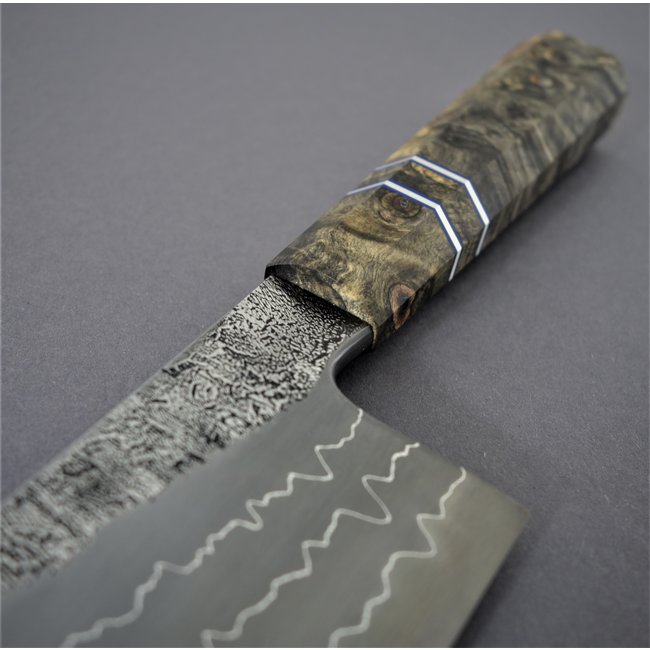 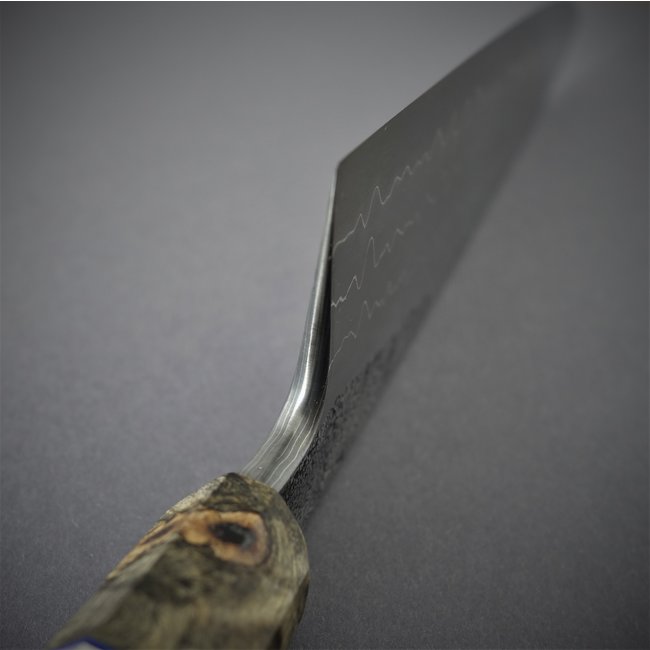 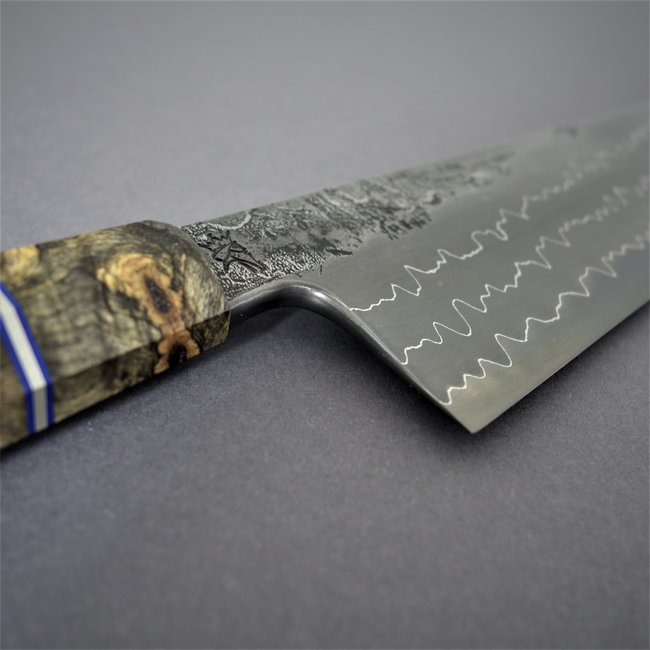 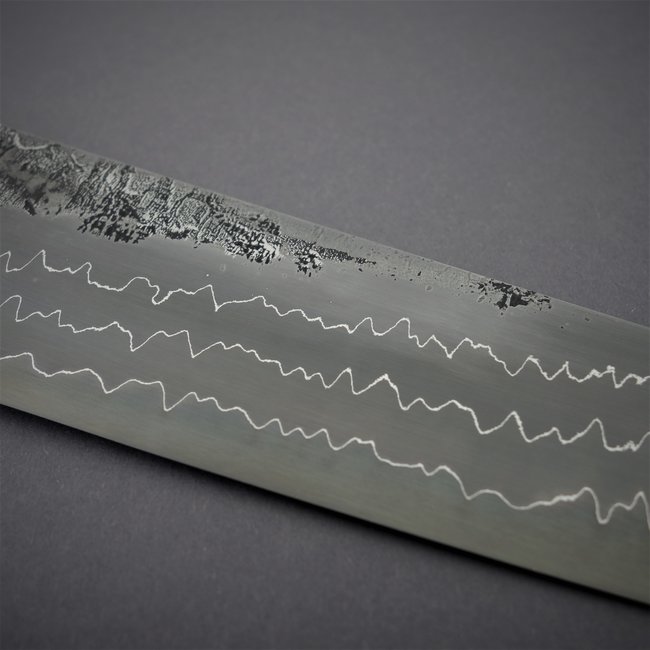 This mighty workhorse has a large and heavy blade with a strong choil and a pronounced taper. The knife has a strong wedge effect on the choil, while the geometry becomes continuously slimmer towards the tip. The cut is also supported by the heavy weight of the blade. On the first half of the blade, starting from the choil, the cutting edge is only gently curved. The tip is about halfway up the height of the blade. This makes the knife suitable for all types of cuts.

The handle is made of stabilized Buckeye Burl, the spalted root of the chestnut. The colors are natural, the wood has not been dyed.

The side layers consist of a manganese-containing fine-grain steel. The steel has good toughness and scratch resistance and forms a stable and even patina. The light intermediate layers are made of pure nickel and do not form a patina even after long periods of use, so they remain permanently silver.

Note: Due to the use of pure nickel, this knife is not suitable for use by people with a nickel allergy.

The cutting layer consists of a special melt that was produced exclusively for Achim Wirtz (steel trader and producer). Several years ago, Achim Wirtz had a small amount (approx. 80 kg) of this steel produced as a test melt as part of a university project. Since then, a few blades made of this material have appeared in isolated cases. Now there is a new edition of the former test melt, but this time only 400 kg of the steel were produced. So it remains a highly exclusive material.

The TNT666 is an extremely wear-resistant, medium-alloy tool steel with a high achievable hardness, whose wear resistance can easily compete with that of 1.2562. The steel forms extremely hard titanium-niobium and tungsten-chromium carbides. At the same time, the total content of the carbides is still low enough that a fine cutting edge is possible. A rare material with very good properties.

The material for the cutting layer was forged from a 50 mm thick block with a forging start temperature of 900 degrees within one heat to about 12 mm. After the last fire weld at 970 degrees, the initial package with a thickness of approx. 40mm was forged down within one heat with a forging start temperature of 900 degrees to approx. 15mm and then immediately cooled to below 720 degrees. The subsequent form forging then took place at a maximum of 810 degrees. After each heat, the blank was cooled to below 720 degrees. This process creates a very fine-grained matrix as well as very small and finely divided carbides.