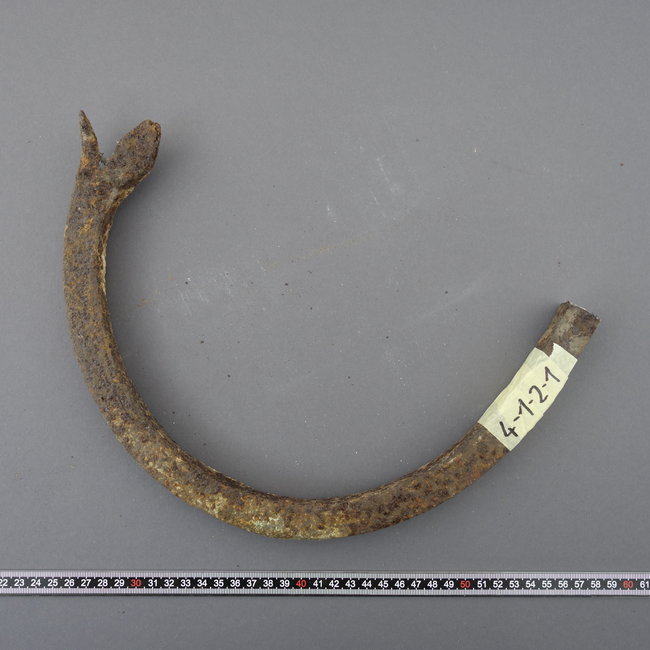 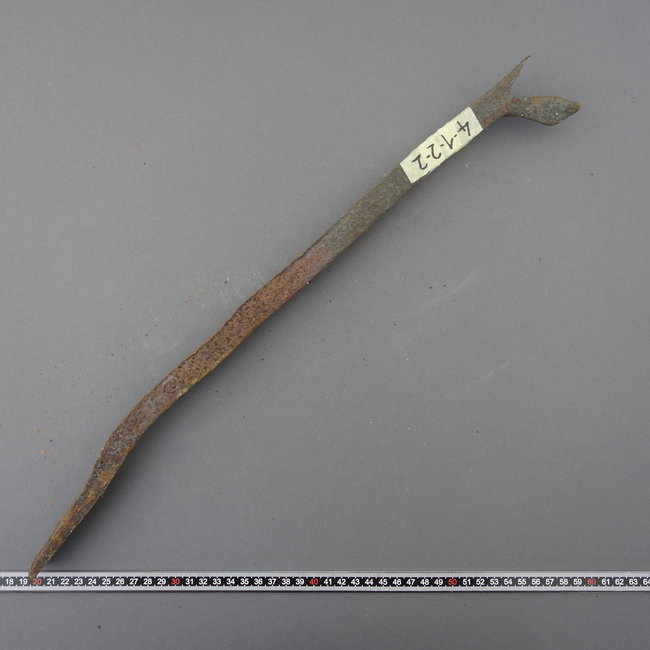 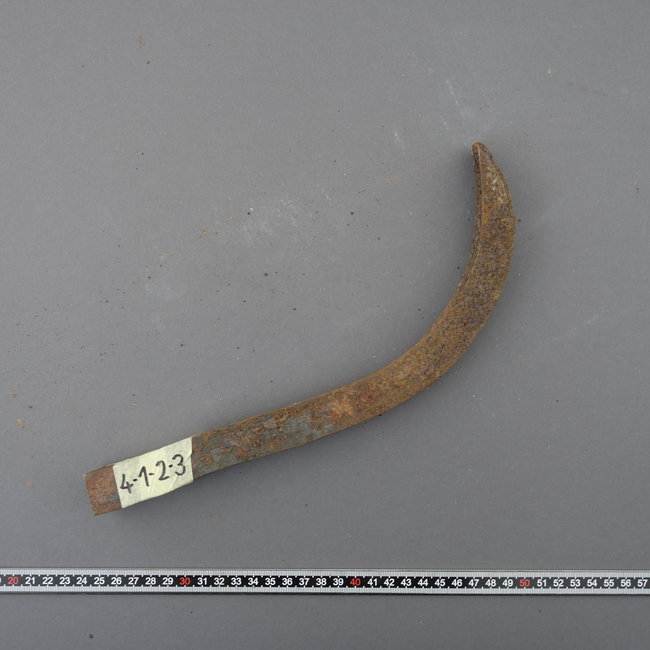 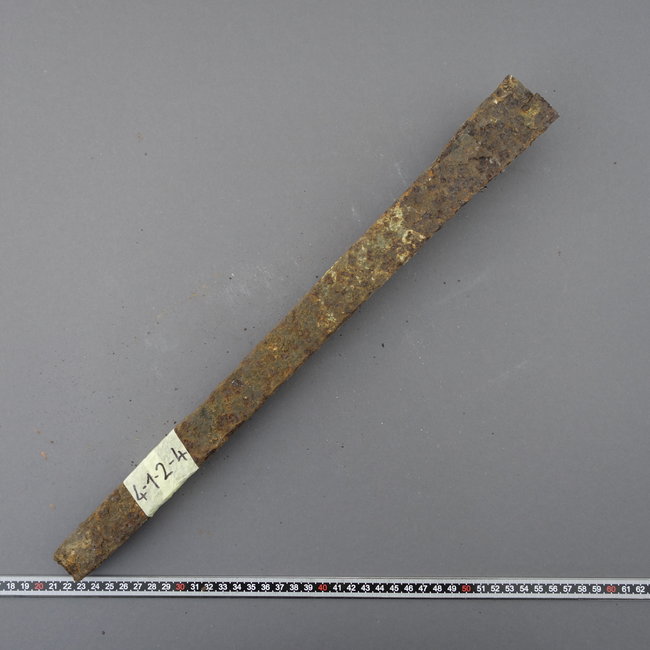 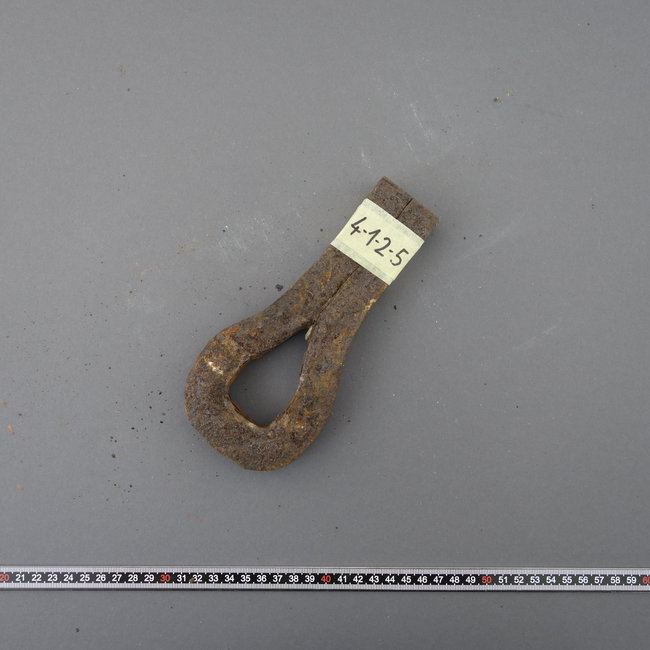 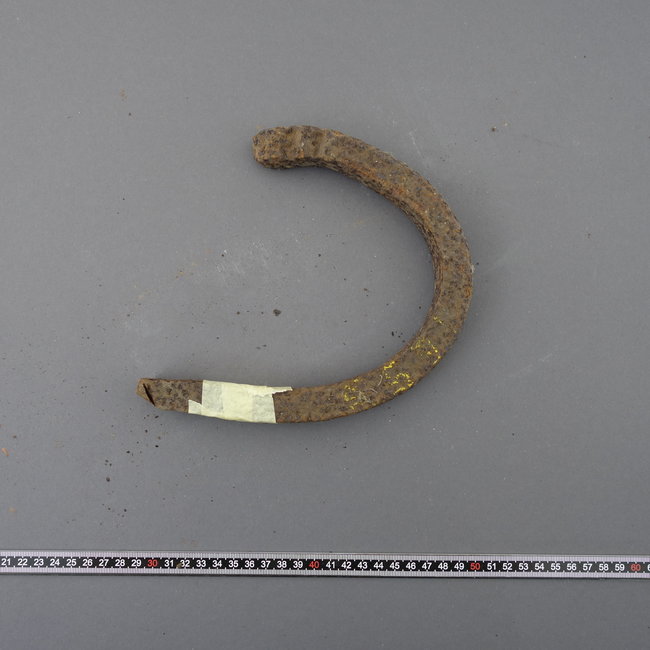 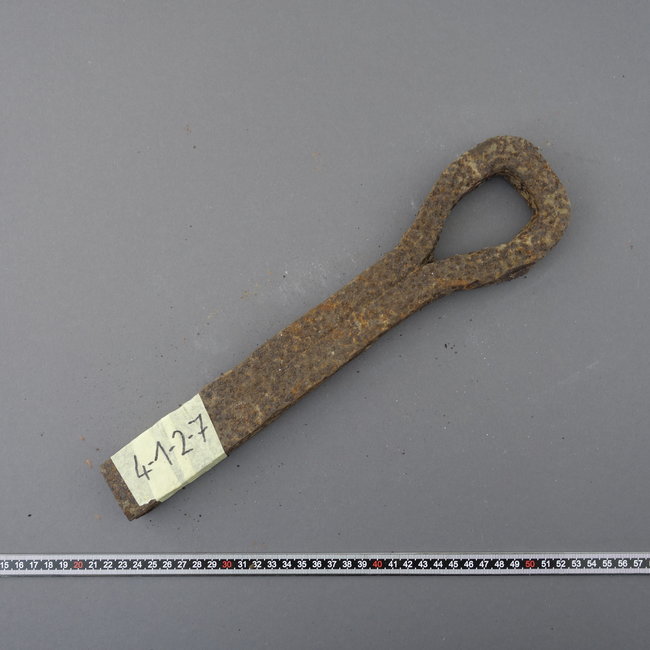 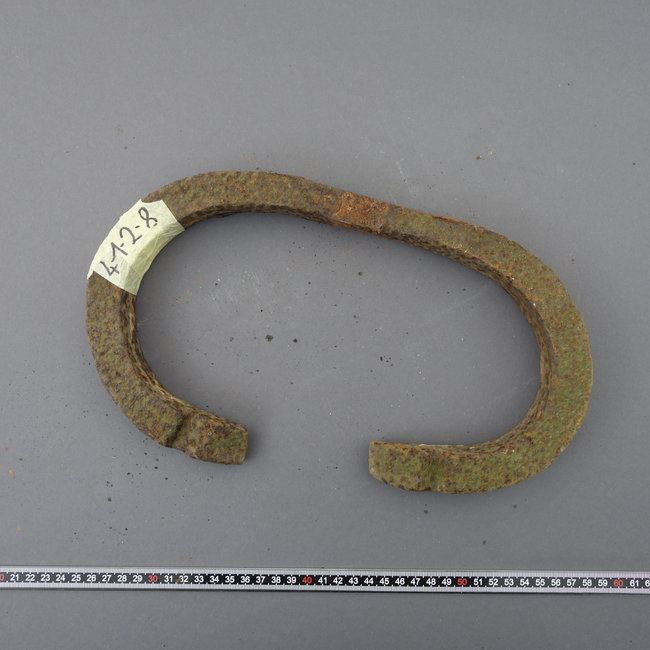 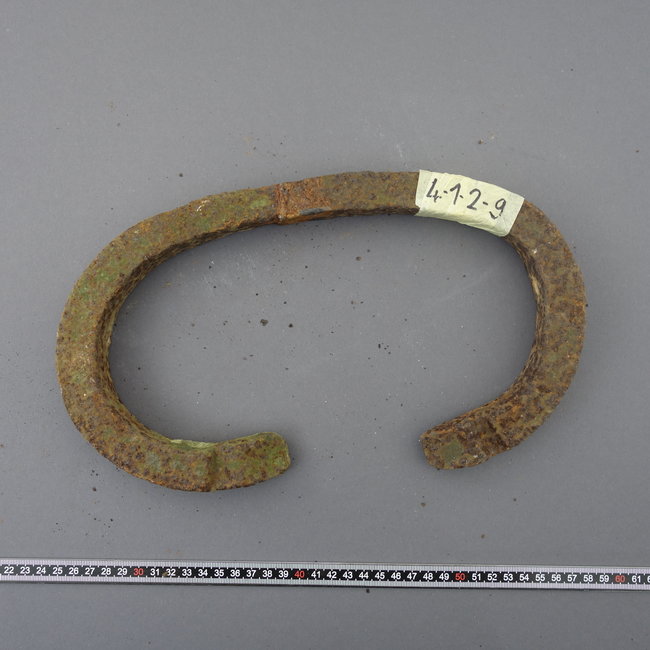 In the 17th century, iron was produced in Germany in so-called raft furnaces. Raft furnaces are considered to be the forerunners of the more modern blast furnaces, although it is difficult to separate the two types precisely. The principle of operation of both furnaces was very similar, blast furnaces are distinguished from raft furnaces by their higher design and higher output. The pig iron (cast iron) obtained in the raft furnace had a high carbon content of over 2.06% and was not forgeable. Following the smelting, the pig iron was therefore melted and decarburized (refined) in a so-called refining furnace. The result was sponge iron contaminated with slag and charcoal residues (the so-called bloom) with a low carbon content. This bloom was forged under drop hammers and homogenized and cleaned (refined) by repeated folding.

The iron offered here represents the equivalent of today's mild steel. Since the mechanical requirements for this material were not very high, it was not very finely refined, which resulted in a highly inhomogeneous and layered structure that can be emphasized by grinding and etching. This makes it particularly interesting for use in decorative elements of all kinds. I use this material, for example, for applications on knife handles or for the side layers of 3-layer blades.