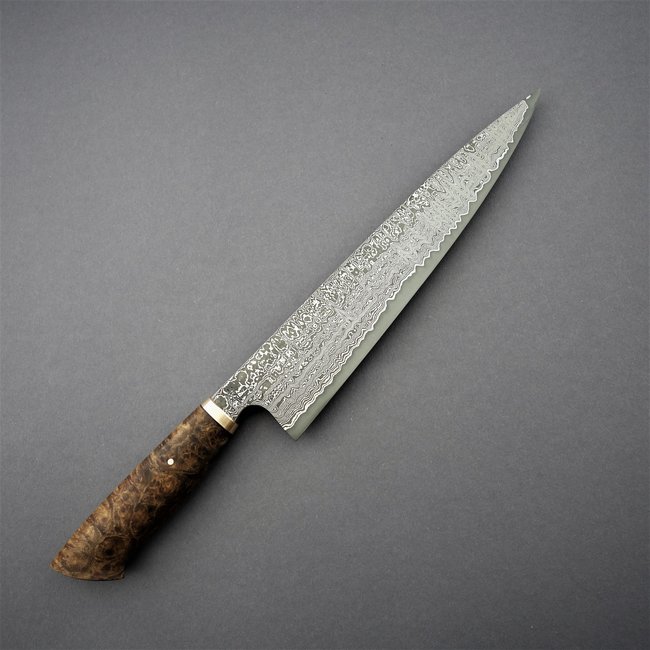 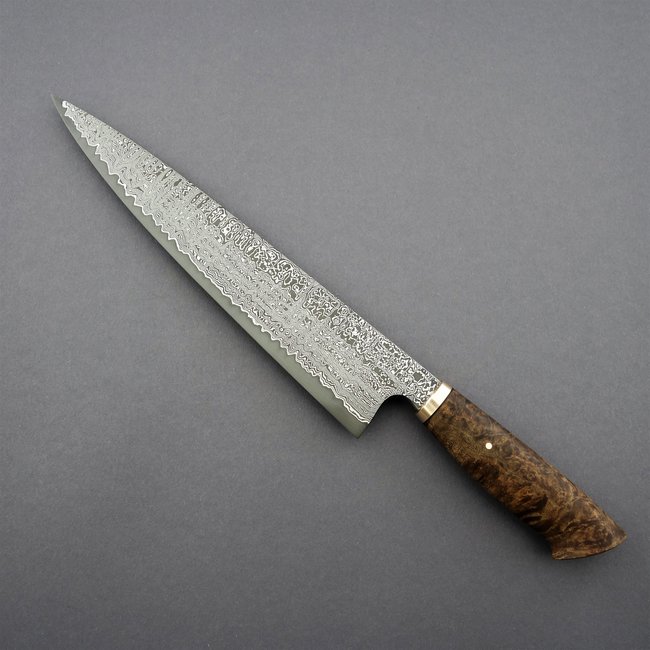 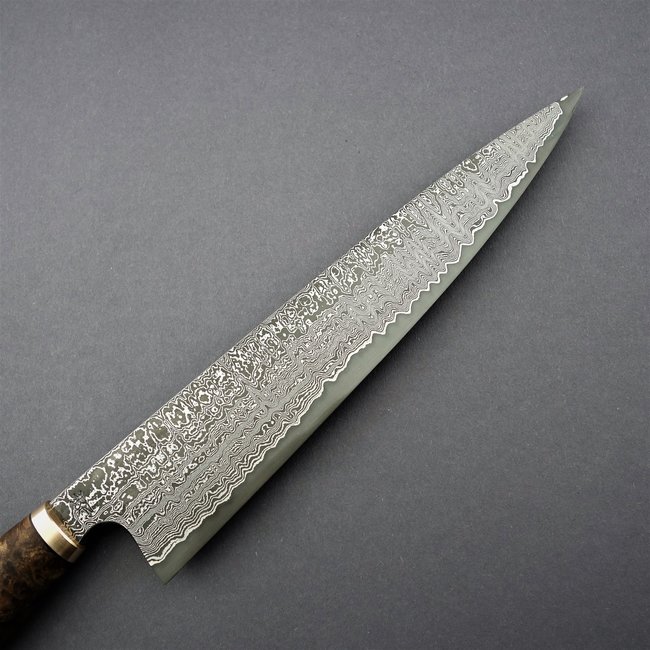 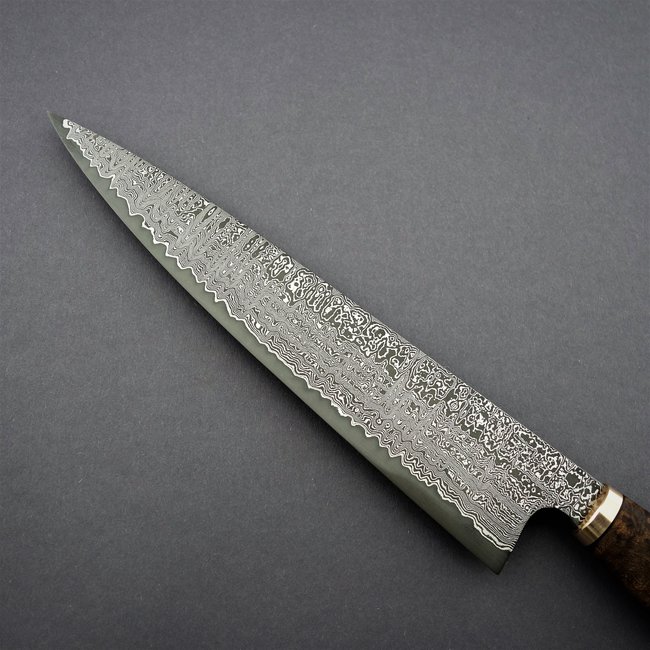 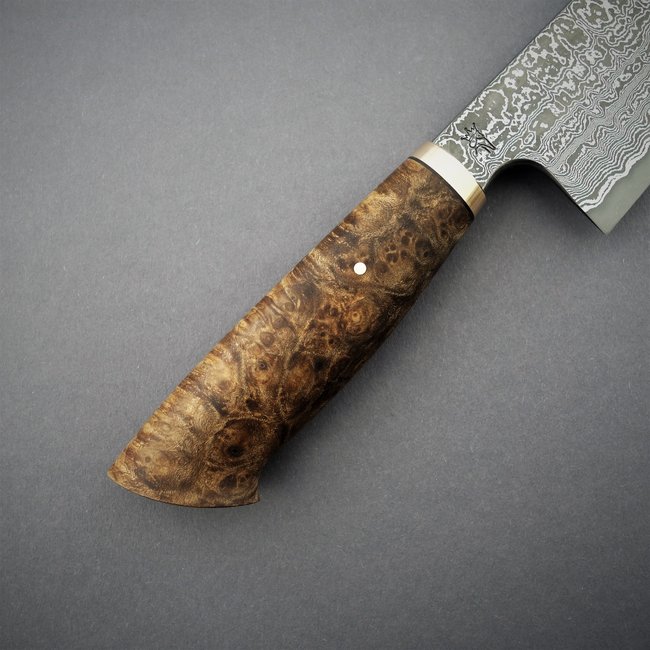 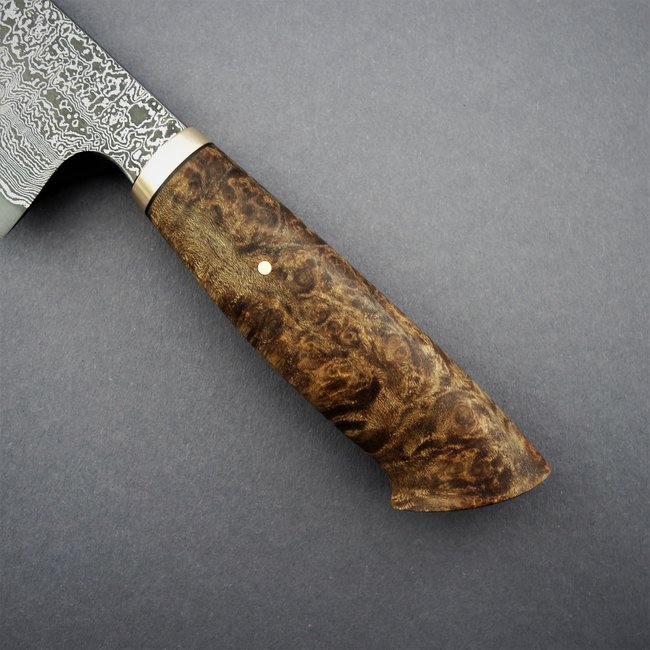 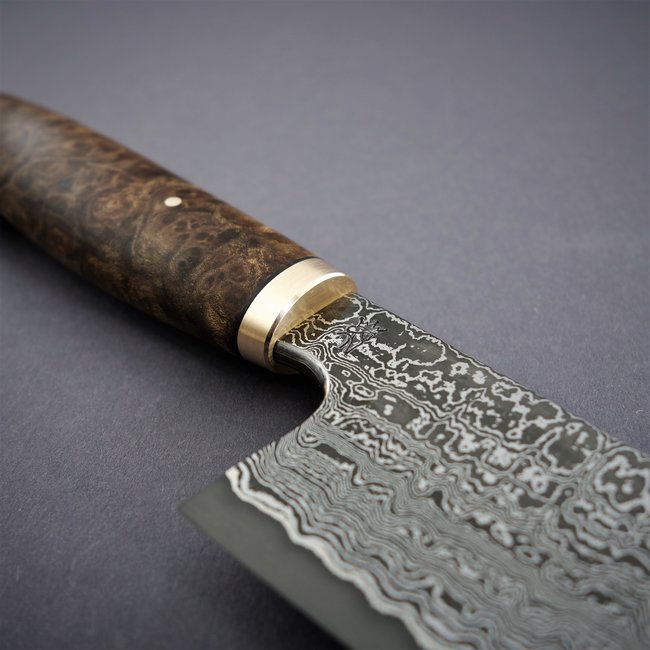 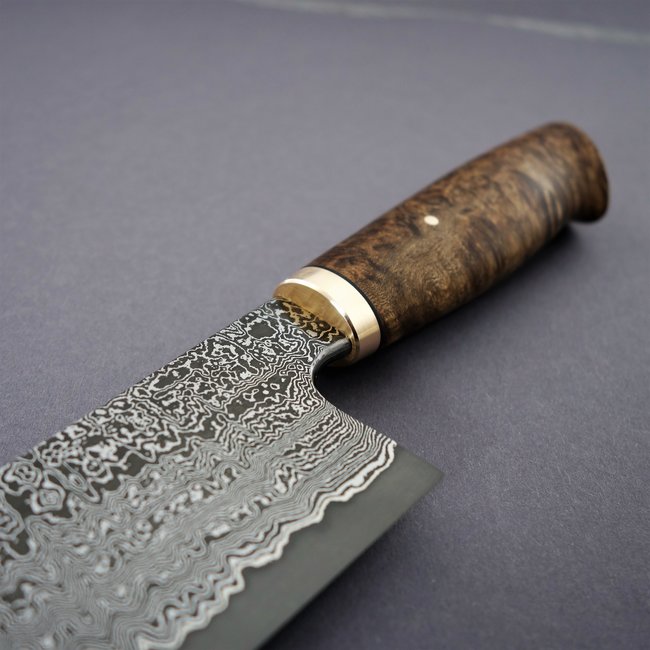 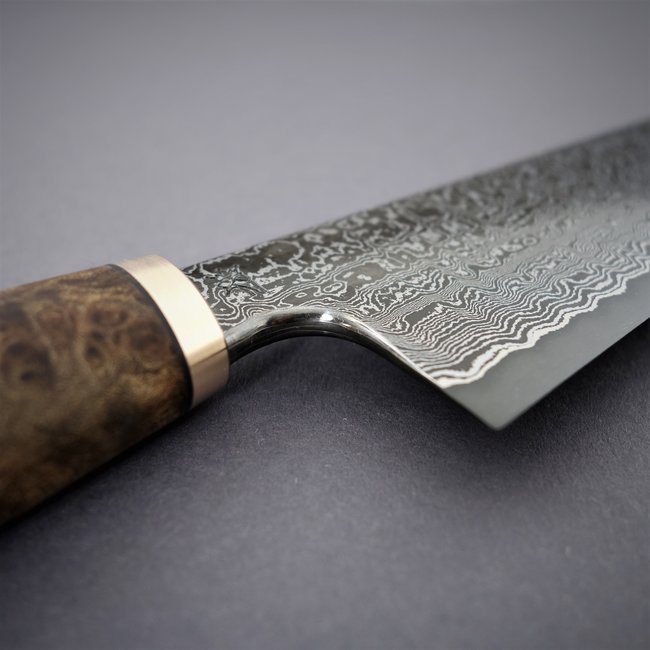 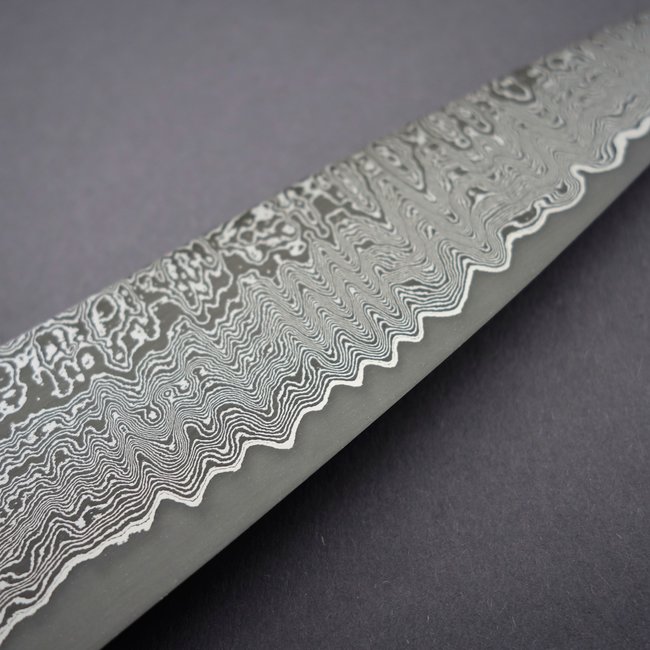 The blade of this knife has a edge made of 1.2562. With its 66hrc working hardness and the very high content of tungsten special carbides, the steel has enormous resistance to abrasive wear. In particular, the high hardness and wear resistance combined with good toughness (for a steel of this hardness) characterize this steel. This is particularly noticeable in everyday life because a blade made of 1.2562 keeps its sharpness significantly longer than blades made of softer and less wear-resistant steels.

This knife has a complex workhorse geometry. The blade tapers significantly towards the tip, but remains a bit more powerful overall and has a higher weight. The first 15mm behind the edge are hardly rounded. In combination with the thin edge, this blade is a very good performer despite the larger blade thickness. This is supported by the higher weight of the blade. The blade has a "Walkschliff", the convexity of the blade decreases towards the tip

After the last fire weld at 970 degrees, the initial package with a thickness of about 60mm was forged down within one heat with a forging start temperature of 900 degrees to about 15mm and then immediately cooled to below 720 degrees. The subsequent form forging then took place at a maximum of 810 degrees. After each heat, the blank was cooled to below 720 degrees. This process creates a very fine-grained matrix as well as very small and finely divided carbides.