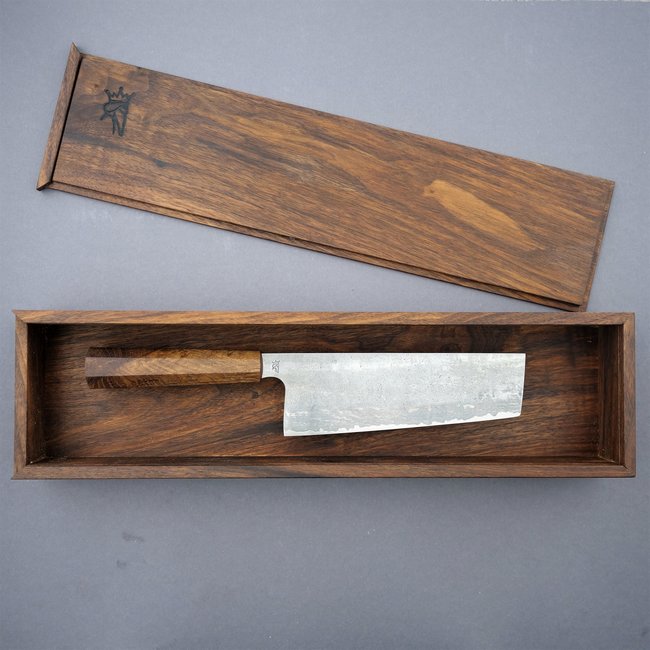 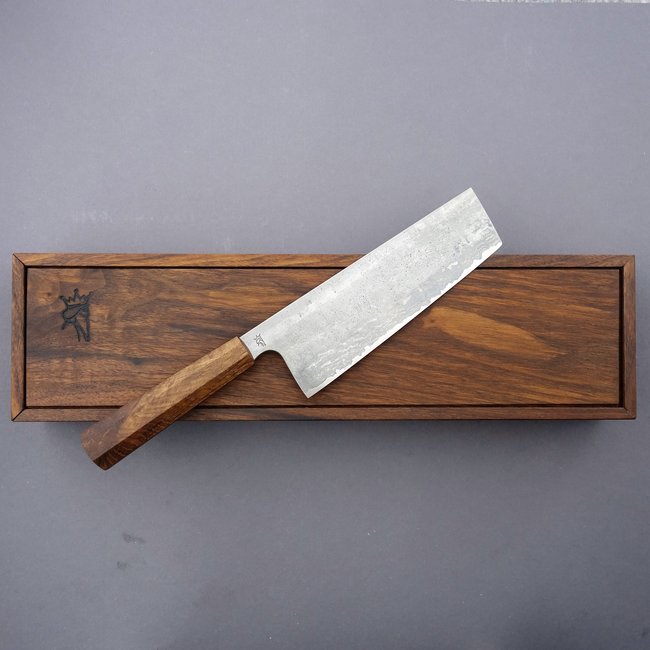 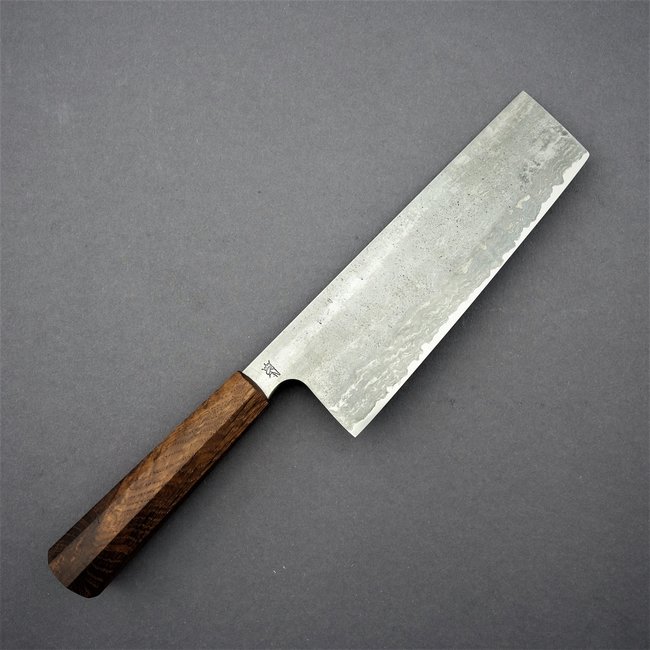 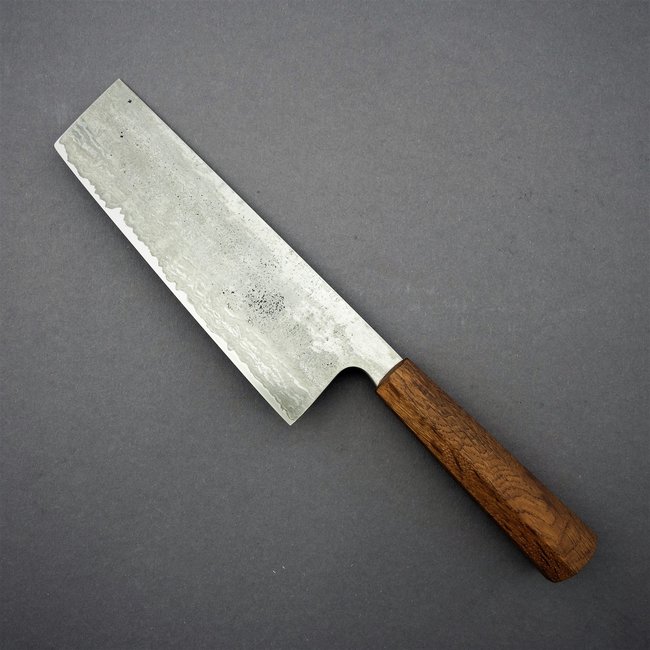 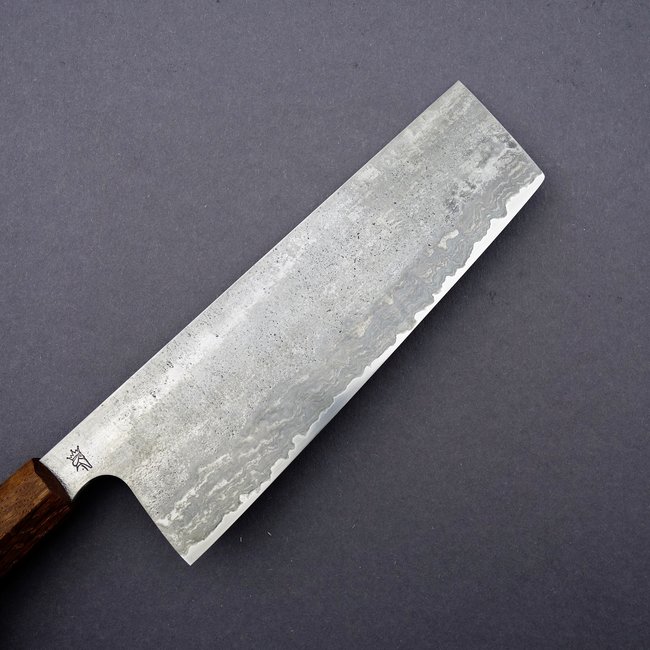 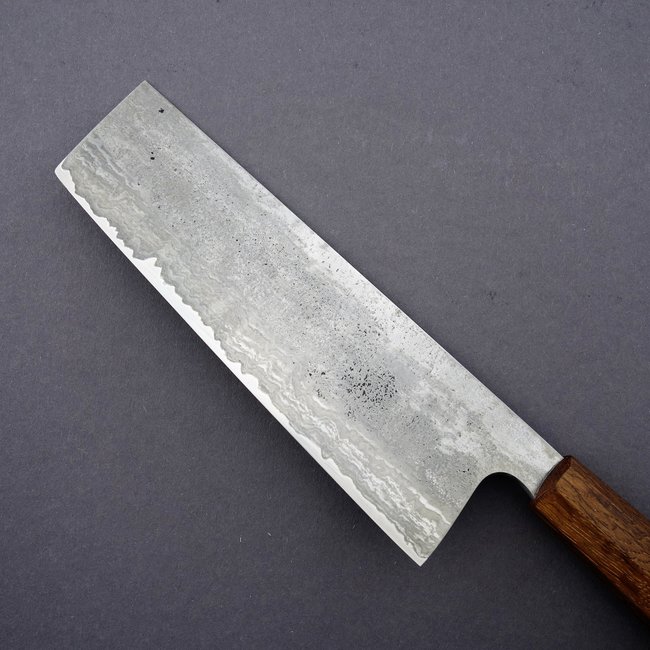 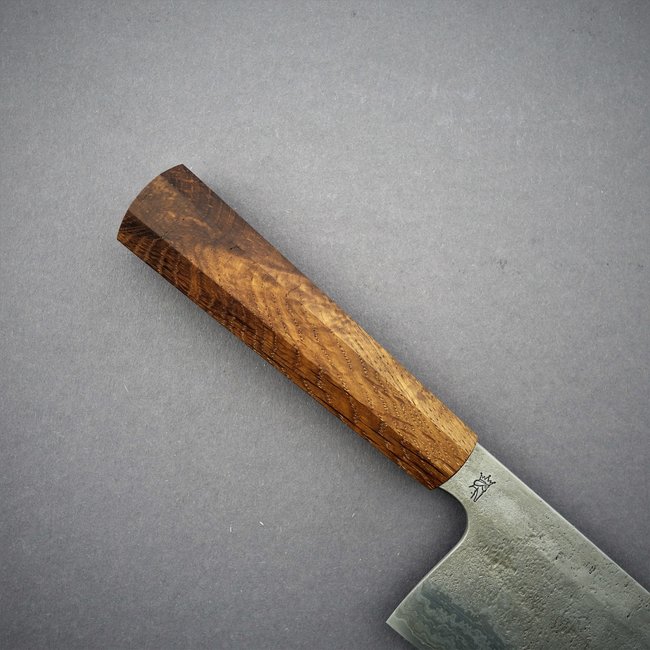 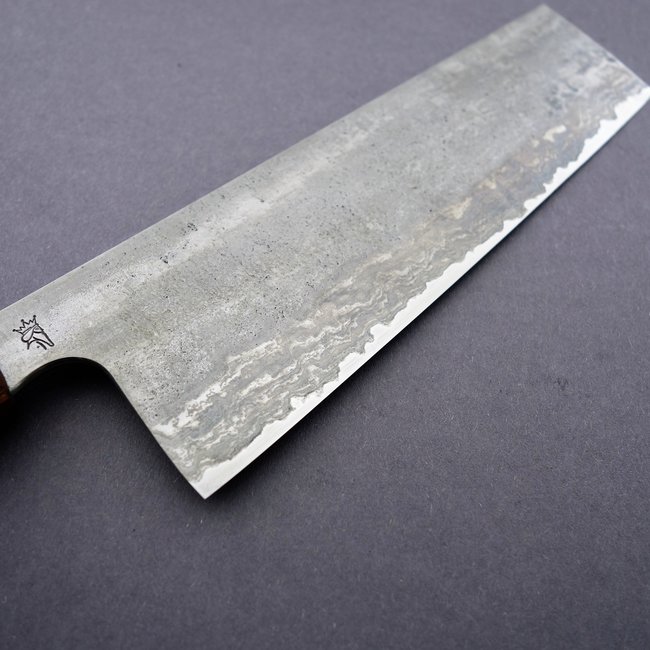 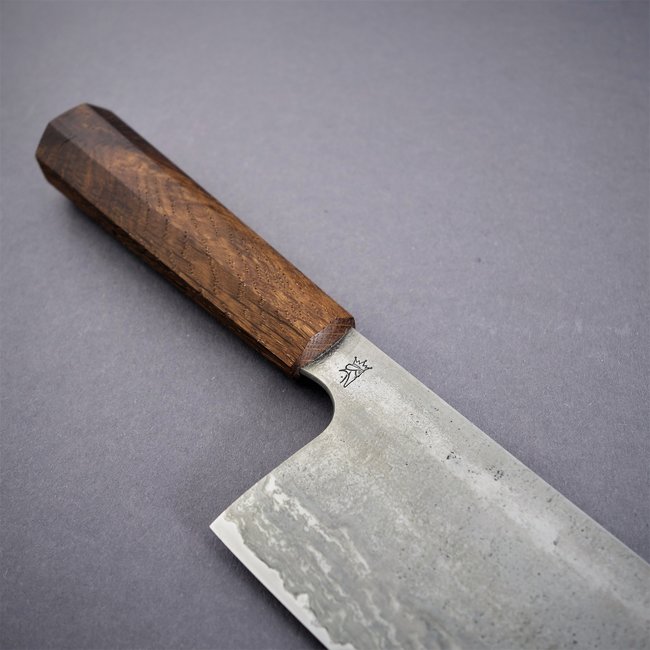 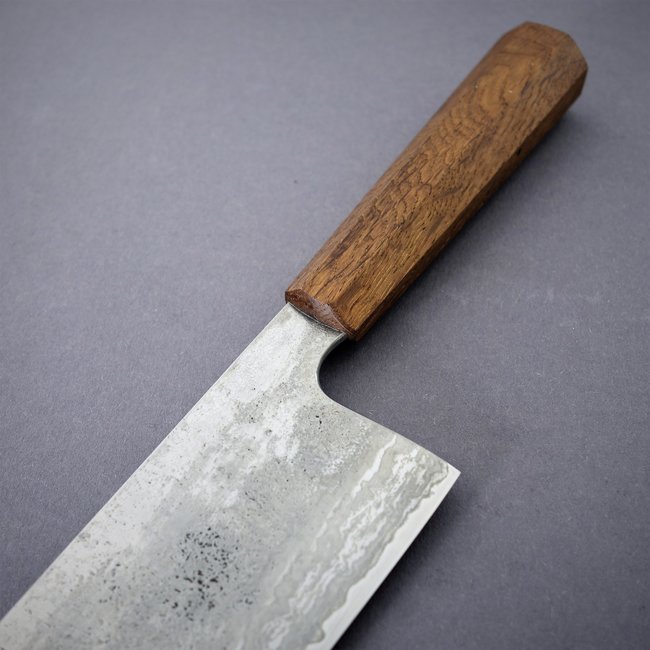 With this knife you hold a real piece of history in your hands. At the same time, there is a bridge between historical materials and craft techniques and modern high-end materials. The side layers of this blade are made of four different steels from different centuries that have been forged and refined with one another. Iron from a wall anchor from 1450, iron from a wall anchor from 1653, iron from the year number of a church from 1735 and iron from support struts from 1848 were used. The cutting edge of the blade is made of high-performance steel 1.2562. The handle is made of oak from the roof of a church from 1300.

The nakiri is considered a classic Japanese vegetables knife, although it is of course also suitable for cutting meat and fish. Due to the high height of the blade, it is easy to let it run along the fingers. The cutting edge is only slightly curved along its entire length, which makes it ideal for push and pull cuts.

The blade is thinly ground, the geometry is between that of a laser and a user-friendly.

After the last fire weld at 970 degrees, the initial package with a thickness of approx. 55mm was forged down to approx. 20mm within one heat with a forging start temperature of 900 degrees and then immediately cooled to below 720 degrees. This was followed by forging the blank at a maximum of 780 degrees. After each heat, the blank was cooled to below 720 degrees. This process produces a very fine-grained matrix as well as very small and finely divided carbides.

I have the drawer lid boxes made for me by a master carpenter friend. This box is made of walnut and has the manufacturer's branding stamp on the underside. The blade rests on a wooden block, in which magnets are concealed and which is covered with a thin layer of balsa wood. This will prevent the blade from scratching. I would like to point out that I do not recommend using the caskets as the only transport lock. The blade is held well by the magnets, but it can slip if it is hit or jarred. If necessary, you can simply pad the box with a kitchen towel or something similar.

For buyers from non-EU countries: Due to the larger dimensions of the sliding lid box, the shipping is more expensive than usual.